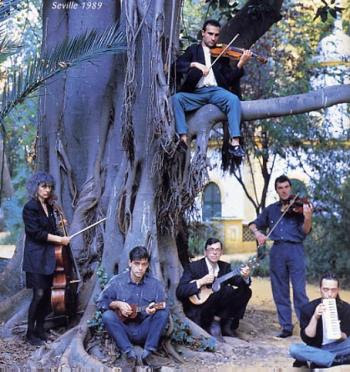 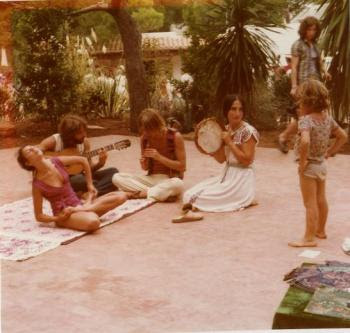 Twenty years ago, the word Balearic meant nothing more than a collection of islands huddled near the Mediterranean coast of northern Spain. It was the sort of place you might go to if you favoured package holidays or booked your breaks from the pages of a Thomson’s brochure. But then something strange happened. British DJs, holidaying on the island of Ibiza, discovered a DJ called Alfredo Fiorito and before we knew it, the Balearics – the location – also became a musical genre: the Balearic beat.

So what is Balearic? Is it an actual place or is it an idea? We know about the island of Ibiza, but what is the other Balearic, the Balearic that is a fuzzy and scattered set of records that may or may not include Wang Chung, Phil Collins and Simply Red. Did it ever exist outside of the confines of DJ Alfredo’s record box circa 1989? And is it, as dance writer Frank Tope once jokingly referred to as, “pop records that sound good on pills” or a jumble sale of crap masquerading as gold?

The music that Alfredo and a cadre of island DJs began to discover and promote over the next few years formed the original Balearic playlist (many of which were later codified on the FFRR compilation Balearic Beat Vol. 1). Although many of these records were mainly European and often English, they’d remained a mystery to many of the travelling British contingent – mainly because they were all soulboys for whom the idea of listening to music made by white people, especially white English people, was anathema.

Now while it’s true that the Balearic beat was born in Ibizan clubs, such as Amnesia and Pacha, its breeding took place in a small, sweaty, strobey, smoky south London club called… The Shoom,” wrote Terry Farley, in the sleevenotes for Balearic Beats Vol. 1, a compilation that was entirely based on the playlists of DJ Alfredo. “The hardcore original Shoomers, along with another London club The Future, had discovered the joys of Balearic beats, during several previous ‘summers of love’ (sic), and had brought the music and the attitude back to London with them. The kinetic style of dancing now associated with Balearic’s ugly brother, acid house, is pure Ibizan in origin. The loudest screams at Spectrum are always reserved for Nitzer Ebb and the Residents while hearing Enzo Avitabile booming through the smoke at Joy is an ecstatic experience one step away (some say forward) from sex.”

The ‘theory’ behind Balearic is that any record could be made to work on a dancefloor provided it had the right feel (that fantastically nebulous word that means one man’s Funkadelic is another man’s Dana International). But it’s also because the idea of a bearded misery guts from Wigan who had never been further south than Macclesfield calling himself a Balearic DJ was intrinsically funny (it still is).

So the new Balearic – or The New Balearic, should I say – is both a myth and a reality. It’s a myth in as much as there is no specific genre of Balearic as there is for, say, house or happy hardcore or even hardbag. But it’s also a reality, an alternative reality, admittedly, in which records from any genre can be Balearic if someone has the chutzpah – or the stupidity – to claim so. Balearic is like the giant rabbit in the James Stewart movie, Harvey, a preposterous notion to some, but to Elwood P. Dowd, a very real six-foot fluffy animal. You either get it or you don’t. Thus Wang Chung can be Balearic (well, if you’ve got cloth ears, they can), as can Simply Red or Jamiroquai. The list is endless, as is the debate.

For some DJs – like the Idjut Boys or DJ Harvey – it’s simply about taking some foggy notion of what it is and interpreting it their own distinctive way. The most important thing about becoming a Balearic DJ is to have a sense of the absurdity of your chosen role. You should take great pleasure watching faces drop on a packed dancefloor as they realise they have been dancing to Cliff Richard or Lieutenant Pigeon for the past three minutes.

I canvassed opinion on some message boards as to what Balearic really means: “Harvey playing Easy Lover in the a.m. at New Hard Left,” said one; “Hearing Donna Summer’s State of Independence on a pill for the first time,” countered another; “Love of music for its own sake, free of puritanical bias and entrenched prejudice, free of marketing pigeonholes…” But this put it more succinctly and more ludicrously than anyone else: “It’s a state of mind,” wrote Barry Devan. “It’s a group of islands. It’s sand in your foreskin but not caring. It’s Clark’s comfy shoes. It’s corduroy. It’s a lazy place. It’s warm. It’s Wellington boots. It’s knowledge. It’s Moonboots. It’s carpet not laminate. It’s Van Halen not Europe. It’s council not Hilton. It’s Jason Boardman. It’s the M10. It’s borrowing not buying. It’s me, it’s you, it’s everybody. It’s bollocks. It’s great.” Absurd, but true.

Posted by plaidmusic at 7:35 PM